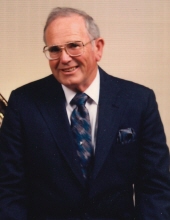 Ray Everett Molenhour, 83, of Greensburg, passed away Monday, March 25, 2019. Born July 17, 1935 in Salem, Illinois Ray was the son of the late Lyman and Ruth May (Southward) Molenhour; both of his parents preceded him in death. On October 19, 1989 Ray was united in marriage to Geraldine Joyce (Smith) Zander Molenhour and she survives.

Ray proudly served his country in the United States Army from 1959 until 1961. He worked mostly in manufacturing at Delta Faucet in Indianapolis for 26 years, retiring in 2001. Ray was a proud founding member and former president of the Retarded Children’s Association in Greensburg, Indiana. He enjoyed fishing and especially traveling all over the United States and Canada; his favorite destination was Nova Scotia.

Ray is also preceded in death by his daughter, Sheryl Rae Molenhour and two grandchildren.

Family and friends will gather to celebrate the life of Ray Molenhour from 4:00 p.m. until 8:00 p.m. on Thursday, March 28, 2019 in the Daniel F. O’Riley Funeral Home, 6107 S. East Street, Indianapolis. The funeral service will begin at 10:00 a.m. on Friday, March 29 at the funeral home. Burial will take place at Hebron Cemetery Association in Adams, Indiana at 12:30 p.m. on Friday, March 29, 2019. Please visit www.OrileyFuneralHome.com where you may express online condolences to Ray's family.

To order memorial trees or send flowers to the family in memory of Ray Everett Molenhour, please visit our flower store.