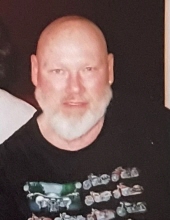 Richard Eugene Stone, 69 of Indianapolis, passed away on Tuesday May 31, 2022, at his home. Richard was born on June 20, 1952, in Indianapolis, Indiana, the son of Richard E. and Betty J. Stone (maiden name Duhamell).

After serving in the Vietnam War, Richard was stationed in Camp Pendleton, Oceanside, California. While stationed in California, Richard met the love of his life, Maria Angelica del Soccoro Muñoz. On December 9, 1972, they wed.
Richard worked for Amtrak and National Car Rental. He enjoyed meeting several celebrities while working for National Car Rental, including several NBA basketball players and race car drivers. Richard was a fan of all sports, especially basketball and wrestling. He loved cars, playing darts, softball, and bowling. He was also an animal lover and an avid American Society for the Prevention of Cruelty to Animals (ASPCA) donor.

A celebration of Richard’s life will be Saturday, June 11, 2022 at Westside Park, 820 West Main Street, Greenwood, Indiana from 10 AM - 1 PM. There will be military honors at 11:30 AM by the United States Marine Corps.

In lieu of flowers, donations can be made to the Disabled American Veterans (dav.org) or American Society for the Prevention of Cruelty to Animals (ASPCA.org).

To order memorial trees or send flowers to the family in memory of Richard Eugene Stone, please visit our flower store.