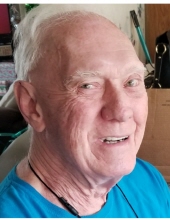 Richard W. Gibson 86, of Indianapolis, IN passed away April 17, 2021. He was born in Gary, Indiana to the late Harry and Minnie Gibson.

He retired from US Steel in Gary, Indiana as a Metallurgical Worker for more than 30 years. Moving to Winter Park, Florida he worked for Westinghouse for more than 10 years. He was very active for all of his life and was an avid bowler into his eighties.

Private family services will be held at a later date. O’Riley Funeral Home is serving the family. Visit www.OrileyFuneralHome.com to share a favorite memory or to sign the online guest registry.

To order memorial trees or send flowers to the family in memory of Richard W. Gibson, please visit our flower store.