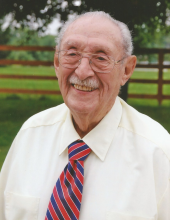 He married the late Zita (Kriese) McKay in 1954 and had four kids, Michael (Geri) McKay, Elaine (Preston) Hobbie, Pete McKay, Kellie (Rick) Nichols (deceased). He is survived by 11 grandchildren and 11 great-grandchildren. He will be remembered as a devoted husband, a loving father and a patient grandpa. He is preceded in death by his brother, William (Bill) McKay (Florida).

Memorial contributions may be made to St. Ann Catholic Church or the American Diabetes Association.

To order memorial trees or send flowers to the family in memory of Robert A. McKay, please visit our flower store.