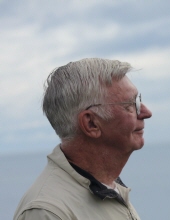 Robert "Bob" Joseph Boyle died on August 30, 2022, at St. Paul’s Hermitage 15 years after receiving an Alzheimer’s diagnosis. He was born on March 6, 1937, in Indianapolis. Bob and Rita (Phelan) were married on August 3, 1963, at St. Roch Catholic Church. He was preceded in death by his parents Mike (Mac) and Ruth Boyle, and siblings John and Michael.

Bob graduated from Holy Name elementary school (1950) and Sacred Heart High School (1954). He enlisted in the US Army and following his service he obtained an Associate’s Degree from Indiana Central while employed at Western Electric (later becoming Indiana Bell, and then AT&T). He retired from AT&T after 36 years of service in Information Technology and network engineering. After retirement, he contracted IT services to AT&T and IBM and volunteered his services to many schools (St. Barnabas, St. Jude, Roncalli High School, and IPS – teaching elementary computer technology).

Most important to Bob were his faith, family, and Irish heritage. He was a 46-year parishioner at St. Barnabas Catholic Church and a perpetual example of the Catholic faith, a life devoted to service, and passing that example to his children through 77 years of combined Catholic education. He volunteered in multiple roles at St. Barnabas: lector, member of Finance and Technology Committees, marriage preparation sponsor, and Parish Council.

Bob enjoyed gathering with family, friends, and especially his grandchildren. His family and friends thought of him as the unofficial mayor of St. Patrick’s Day, as it was his favorite day. He loved spreading the craic (Gaelic for good times and laughter) with everyone. He was an active member of the Ancient Order of Hibernians (serving as President in 1988 and 2000), the Knights of Columbus, and Bell Conservation Club. He loved playing golf, all card games but especially euchre, traveling to Ireland, and all things Notre Dame. Bob was the perpetual host and he was quick to offer food and drinks, including “shooters” of Irish whisky, for anyone fortunate enough to be near him.

Bob would often tell people to “shake my hand and bring me luck.” WE were all the lucky ones to have known him.

Visitation will be from 9:00 – 11:00 AM on Saturday, September 3, 2022, at St. Barnabas Catholic Church. A Catholic Funeral Mass will immediately follow visitation at 11:00 AM. St. Barnabas is located at 8300 Rahke Rd., Indianapolis, IN 46217.
In lieu of flowers, contributions can be made to St. Paul’s Hermitage, Joy’s House, or the Alzheimer’s Association. The livestream of the Funeral Mass can be watched via this link: https://vimeo.com/event/2394605