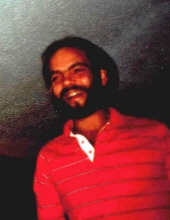 Robert J. “Bobby” Hagan, 61, of Indianapolis, passed away Wednesday, April 24, 2019 at Franciscan Hospice House in Indianapolis. Born in Indianapolis on August 12, 1957 Bobby was the son of Robert Joseph and Nancy K. (Scharfenberger) Hagan; both of his parents preceded him in death.

Bobby was a 1975 graduate of Cardinal Ritter High School in Indianapolis and a member of St. Michael Catholic Church. He worked as a machinist at General Motors-Allison Division for more than 35 years.

His brother, P.J. Hagan also preceded him in death.

Family and friends will gather to celebrate the life of Bobby Hagan from 2:00 p.m. until 4:30 p.m. on Sunday, April 28, 2019 in the Daniel F. O’Riley Funeral Home, 6107 S. East Street, Indianapolis. The celebration of Bobby’s life will begin at 4:30 p.m. on Sunday at the funeral home. In lieu of flowers, please consider making a memorial contribution to the Franciscan Hospice House; envelopes will be provided at the funeral home. Please visit www.OrileyFuneralHome.com where you may express online condolences to Bobby’s family.

To order memorial trees or send flowers to the family in memory of Robert J. "Bobby" Hagan, please visit our flower store.