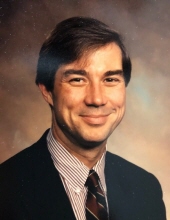 Robert P. Nelson Jr., M.D,.67, of Indianapolis, passed away on December 9, 2021 at Franciscan Health in Indianapolis. Robert was born on February 28, 1954 in Racine, Wisconsin to the late Robert P. and Hope Nelson. He grew up on the west side of Evansville, where he attended Reitz High School, playing varsity football and basketball. Bob was quarterback for the historic 1971 state-champion football team.

An accomplished and respected physician and Immunologist, Robert practiced at I.U. Health and Riley Children’s Hospital in Indianapolis. Additionally, he was a professor at the Indiana University School of Medicine, inspiring many current and future physicians to pursue immunology as a specialty. He began his career in immunology, in a fellowship at the University of South Florida, where he helped start one of the first AIDS clinics in South Florida. Dr. Nelson was engaged in allergy/immunology research throughout his career, authoring numerous publications and receiving a range of awards for both his research achievements and teaching excellence.

A multi-talented man, he enjoyed playing his guitar and piano as well as listening to all genres of music.

A Celebration of Robert's life will be held on Saturday, January 15, 2022 from 2-3pm at St. Lucas United Church of Christ, 33 W. Virginia Street, Evansville, IN 47710. A gathering will follow at Sandbox Bar and Grill, 1550 Mesker Park Drive, Evansville, IN 47720 from 3:30pm-7:00pm. Cremations are entrusted to Daniel F. O’Riley Funeral Home, 6107 S. East Street, Indianapolis. Please visit www.orileyfuneralhome.com to share a favorite memory or to sign the online guest registry.

To order memorial trees or send flowers to the family in memory of Robert P. Nelson, Jr., please visit our flower store.