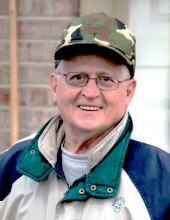 He proudly served in the United States Army during the Korean War and was stationed in Alaska, where he worked on airplanes. Bob studied engineering at Tri-State University which led to a successful career with G.E. and Wellman that spanned more than 40 years. He was a well-respected and trusted engineer who was often requested on special projects throughout the world during his career. He was a charter member of St. Barnabas Catholic Church and also a member of the American Legion. Bob was known for his ability to fix just about anything for anyone – often helping neighbors with all kinds of projects. He will be fondly remembered for his caring and easy going spirit.

In addition to his parents, he was preceded in death by his twin brother, Raymond; a sister, Gertrude Inglefield; and his daughter, Marianne Melton.

Friends and family will gather Wednesday, October 30, 2019, 4 to 7 p.m., in the Daniel F. O’Riley Funeral Home, 6107 S. East St., Indianapolis, where prayers will be said at 11:30 a.m., Thursday, October 31, 2019. The Mass of Christian Burial will be celebrated at 12 Noon, Thursday, October 31, 2019, at St. Barnabas Catholic Church. Burial will follow at Calvary Cemetery. Visit www.ORileyFuneralHome.com to share a favorite story about what Bob may have fixed for you or to share a favorite memory.

To order memorial trees or send flowers to the family in memory of Robert W. Evans, please visit our flower store.