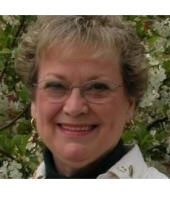 She graduated from Charleston (IL) High School in 1964. Sheila enjoyed a 32 year career as a legal assistant with Baker & Daniels, retiring in 2013. An active member of St. Barnabas Catholic Church, she had served on the parish council, sang in the adult choir, was a Eucharistic minister, and was also active in CRHP. Sheila was an avid reader and enjoyed traveling, especially to Hilton Head and also enjoyed the mountains. She will be fondly remembered by a loving family and many friends.

In addition to her parents, she was preceded in death by a brother and his wife, William Budge, Jr. and Ann Reid; niece, Colleen Mary (Reid) Demetre .

The visitation will be held from 4 to 8 p.m., Tuesday, August 15, 2017, in the Daniel F. O’Riley Funeral Home, 6107 S. East Street, where morning prayers will be said at 9:30 a.m., Wednesday, August 16, 2017. The Mass of Christian Burial will be celebrated at 10 a.m., Wednesday, in St. Barnabas Catholic Church. Burial will follow in Calvary Cemetery. Memorial contributions may be made to the St. Vincent de Paul Society. Visit www.ORileyFuneralHome.com to share a favorite memory or to sign the online guest registry.

To order memorial trees or send flowers to the family in memory of Sheila Jean Reid, please visit our flower store.