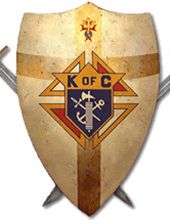 Stephen D. Donahue, 76, of Greenwood passed away peacefully at his residence on August 16, 2018. Stephen was born in Indianapolis on February 12, 1942 to the late Edward and Ann (Wheatly) Donahue. He was united in marriage to Margaret A. (Benedick) Donahue on August 14, 1965, and she survives.

Mr. Donahue worked in security for Chase Bank in their operations center for a number of years; he retired in 2004. He was a member of St. Barnabas Catholic Church and a 1st degree member of the Knights of Columbus, Monsignor Downey Council #3660.

Mr. Donahue is preceded in death by his daughter, Kelly Donahue, and two brothers, Patrick and Dennis Donahue.

Survivors include his wife of 53 years, Margaret A. (Benedick) Donahue; many nieces, nephews, and great nieces and nephews.

Family and friends may gather to celebrate the life of Stephen Donahue on Monday, August 20, 2018 from 4:00 p.m. until 7:00 p.m. at the Daniel F. O’Riley Funeral Home, 6107 South East Street, Indianapolis. Morning Prayers will be said at the funeral home prior to mass on Tuesday, August 21, 2018 at 10:30 a.m. with the Mass of Christian Burial beginning at 11:00 a.m. at St. Barnabas Catholic Church. Entombment will follow at Calvary Cemetery in Indianapolis. Visit www.ORileyFuneralHome.com to share a favorite memory or to sign the online guest registry.

To order memorial trees or send flowers to the family in memory of Stephen D. Donahue, please visit our flower store.