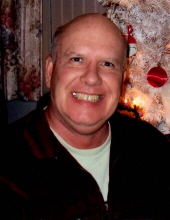 Steve attended Beech Grove High School, graduated from North Central High School, and attended Ball State University. For many years, he was in sales with Kaeser & Blair and Fast Advertising. He was also the owner of the Purple Monkey Promotional Products. Additionally, Steve was a bus driver for Brownsburg Community Schools since 2013. He enjoyed playing cards – both poker and euchre. Steve was also heavily involved with volleyball as a player, coach and referee. He also enjoyed bicycling and was a member of the Mudslingers Bicycle Club and participated in G.O.B.A., Greater Ohio Bike Adventures. Steve was formerly an active member of Holy Name Catholic Church. Steve never met a stranger and had a smile that could light up any room; he loved life, babies, children, and family.

In addition to his father, he was preceded in death by two sisters, Judith Gaither and Susan Verner; niece, Morgan Gaither.

Visitation will be held on Wednesday, March 14, 2018, 3 to 8 p.m., in the Daniel F. O’Riley Funeral Home. The Mass of Christian Burial will be celebrated at 10:30 a.m., Thursday, March 15, 2018, in St. Roch Catholic Church. Burial will be in the Brownsburg Cemetery. Memorial contributions may be made to the Catholic Youth Organization or to Camp Scholarship Fund care of Boy Scout Troop #108, 68 S. 6th Ave. Beech Grove, Ind. 46107. Visit www.ORileyFuneralHome.com to share a favorite memory or to sign the online guest registry.

To order memorial trees or send flowers to the family in memory of Steven Alan Gaither, please visit our flower store.