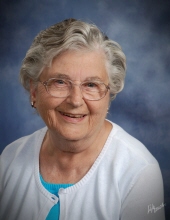 Therese was a graduate of Sacred Heart High School. She was known throughout the southside of Indianapolis for her seamstress skills and her excellent homemade cakes. Her skills came natural to her while working for her parents at Speth Bakery and for her brother-in-law at Ray Brothers Cleaners. Therese was a faithful member of St. Mark Catholic Church where she served as a eucharistic minister. She was also member of a ladies group known as “The Club” with friendships dating back to elementary school.

Her brother, George Speth, also preceded her in death.

Family and friends will gather to celebrate the life of Therese Cain from 2:00 p.m. until 5:00 p.m. on Sunday, June 24, 2018 in the Daniel F. O’Riley Funeral Home, 6107 S. East Street (U.S. Hwy. 31 S.), Indianapolis; recitation of the Rosary will begin at 4:45 p.m. Morning prayers will begin at 10:00 a.m. on Monday, June 25, 2018 in the funeral home, followed by 10:30 a.m. Mass of Christian Burial at St. Mark Catholic Church. Burial will follow at Calvary Cemetery. In lieu of flowers, please consider making a donation to the American Alzheimer’s Association or St. Mark Catholic Church; envelopes will be available at the funeral home. Visit www.OrileyFuneralHome.com where you may express online condolences to the Cain family.

To order memorial trees or send flowers to the family in memory of Therese R. Cain, please visit our flower store.