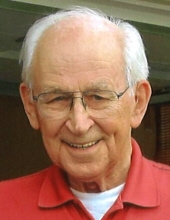 Tom was a veteran serving in the U.S Army as an MP. He was very proud patriot and was part of the most special generation this country has ever known. He was a graduate of Duquesne University in 1955 with a B.S degree in Pharmacy. Upon graduation he worked for Eli Lilly Co. from 1955 to 1992. While working at Lilly, Tom had a long list of significant contributions to pharmaceutical manufacturing in the United States and around the world . In his free time he was a shooting sports, aviation and military enthusiasts along with leading many family activities. In his retirement, Tom was part of a Veteran's Burial Team. Leading by example, Mr. Elias was the true patriarch of his family and a father figure to those who knew him.

Visitation will be held Friday August 27, 2021 from 4-8pm at O’Riley Funeral Home 6107 S. East St. Indianapolis IN. Mass of Christian Burial will be celebrated Saturday August 28,2021 at 11am St. Barnabas Catholic Church, 8300 Rahke Rd. Indianapolis, IN 46217. Family is requesting that face masks be worn at visitation at the funeral home and Saturday at St. Barnabas Church. Please visit www. Orileyfuneralhome.com

To order memorial trees or send flowers to the family in memory of Thomas F. Elias, please visit our flower store.