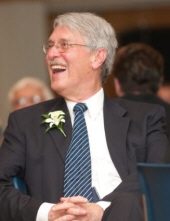 Thomas G. “Tom” Sauer, 76, of Plainfield and formerly of Terre Haute, passed away at his residence on the evening of July 26, 2021 surrounded by his beloved wife and two daughters. Tom was born in Indianapolis on January 24, 1945 to the late Robert and Mary Sauer.

Tom grew up in St. Mark Parish in Indianapolis. He graduated from Sacred Heart High School in the class of 1963. Tom went on to become a student at the University of Notre Dame where he earned his bachelor’s degree. Following his education at Notre Dame, Tom was drafted into the US Army during the Vietnam War era. After his honorable discharge from the military, Tom went on to attend Indiana University where he earned his master’s degree and then went on to earn his Doctorate in Comparative Literature from Indiana University. Tom was a recipient of the Fulbright Scholar Award where he had the opportunity to travel abroad as a student to Austria and Germany; these travels produced Tom’s appreciation for the German language and European culture.

It was during his time at IU that he met the love of his life, Kathleen Prevo. Tom and Kathy met playing co-ed volleyball on Sunday afternoons in an old gym on campus. Their courtship transitioned to marriage on a snowy, 10-degree day on January 10, 1981 in St. Mark Catholic Church where they were united as one. Tom’s adoration for Kathy continued through 40 years of their marriage; their love was described as always being young at heart. It was this love that produced their two beautiful daughters, Laura and Karen.

Even after his retirement, Tom was dedicated to expanding his knowledge. Tom was active in the Osher Lifelong Learning Institute at Indiana State University (OLLI), a program designed for those age 50 and "better" who wish to pursue lifelong learning. He also enjoyed travelling with Kathy during retirement, most often revisiting his favorite European locations. Tom had fond memories of travelling to the Outer Banks in North Carolina with Kathy and their girls through their childhood and on into their adulthood where he often relaxed on the beach with a book in his hand. Tom delighted in taking Kathy on Sunday mornings to the British National Theatre Live in Indianapolis. When leaving the theatre, they would often stop for a craft beer at one of their favorite spots in Fountain Square such as, Chilly Water or Black Acre Brewing.

When not traveling or learning, Tom could be found in his yard or fixing something around his home. His yard and landscaping were meticulously kept, and if something was broken, he was adamant that he was going to fix it- even if he had to teach himself how. With a jovial spirit and familiar laugh, Tom was naturally good humored. If you needed something, he was the first to be at your side as his dependability and loyalty for those he cared for were insurmountable. He made friends nearly everywhere he went, and was continually optimistic, even through the final days of his life. Tom enjoyed being with his family and grandchildren; he loved being a “papa”. Tom will be remembered as a sentimental husband, dad, and papa; his one-of-a-kind persona will be greatly missed.

Tom is preceded in death by his parents and two sisters-in-law, Beverly Sauer and Kathy Sauer.

In lieu of flowers, memorial contributions may be made to either the Catholic Charities of Terre Haute, the Dr. Thomas G. Sauer Scholarship Fund for Study Abroad 3, or the Dr. Thomas G. Sauer and Kathleen P. Sauer CAS Bridge the Gap Scholarship (for College of Arts and Sciences students who need additional financial aid to complete their degrees); envelopes will be provided at the funeral home on Monday. Please visit www.ORileyFuneralHome.com to leave an online condolence for the Sauer family.

To order memorial trees or send flowers to the family in memory of Thomas G. "Tom" Sauer, please visit our flower store.