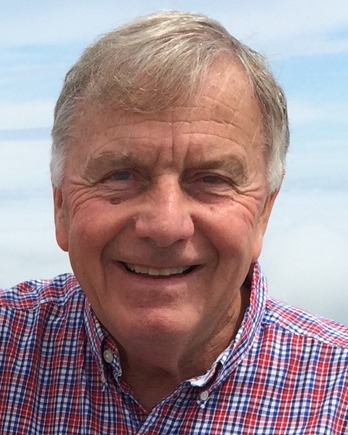 Thomas David (Tom) Gill passed away January 22, 2023. He was born on January 15, 1940 in Cleveland, Ohio, “the greatest location in the nation”, to David Austin Gill and Edna Rose Taylor Gill. He was a proud graduate of St. Ignatius High School and the University of Detroit Co-op Program for Engineers. Upon graduation he was hired on at what was eventually known as Naval Avionics, working for the Department of Defense his entire career until the plant was closed. He then kept his same position with Raytheon until he retired in 2004.

He was an avid golfer, a die hard Cleveland Browns, Cleveland Indians, and Notre Dame Fighting Irish fan his entire life. He loved to travel and planning the trips was half the fun. He spent many Winters playing golf in The Villages, FL, running around in his golf cart.

He is survived by his wife of 51 years, Patty Walsh Gill, and children Michael (Traci) of Glencoe, IL, Kathleen Bigelow (Brian) of Indianapolis, Kevin (Madeline) of Bloomington, IN, and Kerry Rogers (Paul) of Winnetka, IL. He adored his 11 grandchildren, Elijah and Maya Gill; Carrick, Connall, and Livia Gill; and Jack, Charlie, and Saoirse Rogers who called him Grandpa; and Maeve, Nuala, and Aoife Bigelow who affectionately referred to him as “Nutcase”. He is also survived by his sister, Mary Hertel (Bernie) of Brookfield, WI; and brother, Jim (Mary) of Cincinnati, OH. He had many nieces and nephews, long time work buddies, and close friends. He was predeceased by his parents as well as his sister Carol Browne and her husband, Dave, of Cleveland.

Thanks to the caregivers at Hoosier Village for their care and concern.

Tom's Life Celebration Visitation will be held Sunday, January 29, 2023, 3 to 6 p.m., at Christ the King Catholic Church, 5884 Crittenden Avenue, Indianapolis.  The Mass of Christian Burial will begin at 11 a.m., Monday, January 30, 2023, at the church.  Burial will be handled privately at Our Lady of Peace Cemetery.  In lieu of flowers, memorial contributions to the Alzheimer’s Association are appreciated. O'Riley - Branson Funeral Service & Crematory is serving the family.  Visit www.ORileyBranson.com to share a favorite memory or to sign the online guest registry.

To order memorial trees or send flowers to the family in memory of Thomas Gill, please visit our flower store.