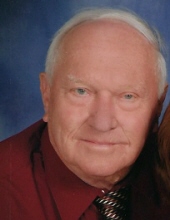 Tom graduated from Arsenal Technical High School in 1956 and attended Purdue University. He was employed as a pressman for the Indianapolis Star/News for 16 years. Tom was also the co-owner of T.J.’s Race Weld. He retired from Sutton-Garten in 2012 after many years of employment. Tom was an automobile enthusiast who enjoyed restoring classic cars, racing three quarter midget cars, and attending car shows. He always looked forward to the Indianapolis 500 and the Brickyard 400. He was a member of St. Barnabas Catholic Church, where he was also a Eucharistic Minister. Tom’s memory will be forever cherished by a loving family and many friends.

In addition to his parents, he was preceded in death by his step-son, Richard A. Carr.

Friends and family will gather from 11 a.m. to 1 p.m., Monday, February 5, 2018, in St. Barnabas Catholic Church. The Mass of Christian Burial will follow at 1 p.m. Memorial contributions may be made to the American Lung Association or to F.A.C.E. Low Cost Animal Clinic, 1505 Massachusetts Ave., Indianapolis, IN 46201. The Daniel F. O’Riley Funeral Home is entrusted with arrangements. Visit www.ORileyFuneralHome.com to share a favorite memory or to sign the online guest registry.

To order memorial trees or send flowers to the family in memory of Thomas Wamsley, please visit our flower store.