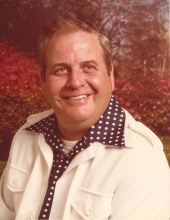 William A. McHugh, 80, of Greenwood, passed away Wednesday, August 8, 2018 at Franciscan St. Francis Health in Indianapolis. Bill was born in Indianapolis on August 22, 1937 to the late James and Mary (McGinley) McHugh. He was united in marriage to Norma Jean (Sedan) McHugh and she also preceded him in death.

Bill proudly served his country as a Corporal in the United States Army and proudly served his community as a fireman for the Indianapolis Fire Department for 28 years; he retired in 1995. He was a faithful member of Sacred Heart Catholic Church and the National Firefighters Association.

Bill is also preceded in death by all five of his siblings, James, Michael, and John McHugh; Mary Margaret Dever and Rosaline Huck.

Family and friends will gather to celebrate the life of Bill McHugh from 4:00 p.m. until 8:00 p.m. on Monday, August 13, 2018 in the Daniel F. O’Riley Funeral Home, 6107 S. East Street (U.S. Hwy. 31 S.), Indianapolis. Mass of Christian Burial will be celebrated at 10:00 a.m. on Tuesday, August 14, 2018 at Sacred Heart Catholic Church with entombment to follow at Forest Lawn Memory Gardens in Greenwood. The family would like to thank Kae & Sam Burrello and Linda for the loving care they provided Bill particularly over the past 3 months of his life. In lieu of flowers, please consider making a memorial donation to the American Cancer Society or Sacred Heart Catholic Church. You are invited to visit www.OrileyFuneralHome.com where you may express online condolences to Bill’s family.

To order memorial trees or send flowers to the family in memory of William A. McHugh, please visit our flower store.