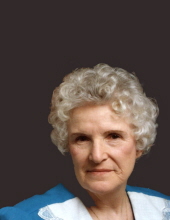 Zita Marie (Evard) Rosner, 89, of Indianapolis, passed away Friday, May 3, 2019 at Greenwood Healthcare Center. Born March 5, 1930 in Indianapolis, Zita was the daughter of the late Richard F. and Ruth Ellen (Blake) Evard. She was united in marriage to William F. Rosner and he also preceded her in death.

Family and friends will gather to celebrate the life of Zita M. Rosner from 4:00 p.m. until 7:00 p.m. on Wednesday, May 8, 2019 in the Daniel F. O’Riley Funeral Home, 6107 S. East Street, Indianapolis. Additional calling will be from 10:00 a.m. until 11:00 a.m. on Thursday, May 9, 2019 at Our Lady of the Greenwood Catholic Church, 335 S. Meridian Street, Greenwood. Mass of Christian Burial will be celebrated at 11:00 a.m. on Thursday at the church. Burial will follow at Calvary Cemetery. In lieu of flowers, please consider making a memorial contribution to St. Benedict’s Priory, 255 Masters Avenue, RR 1B, Winnepeg, Manitoba R3C4A3, Canada. Visit www.OrileyFuneralHome.com where you may express online condolences to Zita’s family.

To order memorial trees or send flowers to the family in memory of Zita Marie Rosner, please visit our flower store.